Experiencing the Most Beautiful Places in Scotland 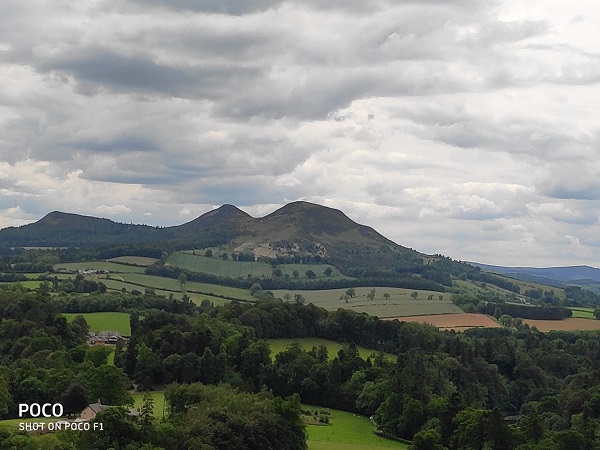 Scotland, famous for its highlands, kilts and bagpipes is a beautiful country full of friendly people. The first time I went there I realised that the locals are quite nice, and the air seemed fresher outside the cities. There were a couples of places that I saw while taking a tour and honestly it reinforced what I already knew – Scotland is beautiful. Here is a small list of some of the most beautiful places in Scotland that I visited. The Rosslyn Chapel in the village of Roslin is quite popular as a historical tourist site in Scotland. It was depicted in the movie “The Da Vinci Code” and has been speculated to be associated with the Holy Grail and the Knights Templar. If you are interested in history, then Scotland has quite a bit of it. It was founded in the 15th century by William Sinclair and has intricate carvings all over. The glass on the windows is painted. The Apprentice Pillar and the Green Man have interesting stories around them. You enter from the visitor center that houses a café, gift shop and toilets. The chapel is well maintained and is a historical monument. It has the moniker of a Library in Stone, as there are so many stories carved and depicted on its walls and on the ceiling. The second place I saw was Melrose. The historical town of Melrose is a quaint little place with cute houses and the famous Melrose Abbey. The ruins of the huge abbey still stand tall and you can see the outline of the worship area and halls. Scottish kings are buried at the site and the embalmed heart of Robert the Bruce is also buried here. Usually we know him from the Netflix movie – Outlaw King. The pretty green grounds are welcoming and the village itself is peaceful with small shops for a hearty lunch. Continuing on I headed over to Glenkinchie to see the distillery and get whisky samples to try. They walk you through the whole process and give you a glimpse into how the whisky is made. You learn about single malts and blended whiskies. The process is quite long and can take a long time for one bottle to be ready. The big big copper drums where it is distilled take up a huge space and is quite fascinating. The distilleries are one of the most popular tourist attractions in Scotland. The famous Dewar’s distillery was the next one I tried, and it is just near a river and. Throughout the scenic drive I saw grouse running across the roads and beautiful farmhouses surrounded by green acres. The river had river rafting options and there were people enjoying it. This was on the outskirts of Aberfeldy, the village near the distillery. It should be noted that author J.K Rowling’s house is right opposite the Dewar’s distillery. There was a pretty cherry blossom on the grounds and the tour started at the visitor center with a movie and then a museum/exhibit. There were two interactive activities wherein you could virtually make your own whisky or smell and find the whisky type. They talked about cherry and oak casks and “Angel’s share”. You got two drams of whisky to sample and you could buy products like whisky, whisky cake and chocolates. Lying in the village of Weem, near Aberfeldy is the Castle Menzies, the ancestral seat of Clan Menzies. It has been known that Bonnie Prince Charles stopped here for two nights while he was going to the Battle of Culloden. It has a special connection to India as well. Maharaja Duleep Singh, the last Maharaja of Punjab lived here in exile for three years. One can still see his pictures in the main hall at the Castle, which is open for public viewing. From Aberfeldy I went over to St. Andrews and I was impressed. The fishing town near the North Sea has the famous university where Kate and William studied and met for the first time. Walk along the cliffs to check out the amazing views as the chilly winds whip around you. St. Andrews may be a small place, but it is undoubtedly one of the most beautiful places in Scotland. There are multiple historical monuments around, which one can see. Head back to your base location by train that goes along the coast and over the Queensferry bridge. The views are worth it!

The tour ended that day, but the memories still hold on. It was one of the most memorable days I had as I experienced Scotland’s natural beauty and heritage. Scotland is truly a wonder and is land of beauty and some amazing whisky!