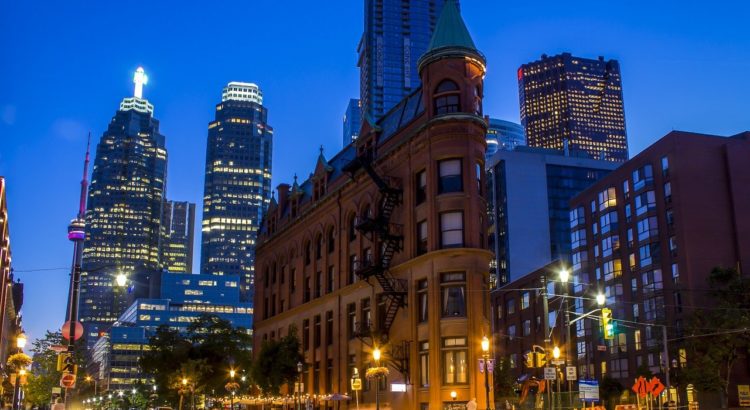 Toronto is a known business and financial hub in Canada. The area’s three largest industries are wholesale and retail trade, real estate and financial services. The city’s economy contributes to 20% of the national GDP. It is also the stock exchange and banking center of Canada. It is the second largest financial center in North America and has a large concentration of financial company headquarters in the Americas. Because of its safety and stability, it is fast becoming a global destination for financial companies. The Toronto area has a large concentration of companies and they have offices in various locations. Here are some important business locations in Toronto.

The central business district of Toronto, the Financial District was at first planned as New Town in 1976. It is considered to be the heart of the Finance industry in Canada and is quite densely built-up. It is home to corporate headquarters, accounting firms, legal firms, stockbrokers, insurance companies and banking companies. Toronto’s core and the bank towers are connected by a bunch of underground walkways.

These walkways are lined with retail outlets and are open during office hours and days. Around 10,000 commuters come and go through the financial district daily. The area is well connected and has a lot of state amenities that make it an attractive location for companies. The Toronto Stock exchange – the 11th largest in the world is also located here.

Located in downtown Toronto, the Entertainment District is home to theatres and performing arts. It is mostly concentrated around Spadina Avenue, University Avenue and King Street West. The Royal Alexandria Theatre is the oldest operating theatre in North America. The Roy Thomson Hall is home to the symphony orchestra. There are other businesses and theatres as well in the area.

Earlier known as the Bay Park Center, CIBC Square is an office complex and is currently being built. The complex will serve as the new headquarters of the Canadian Imperial Bank of Commerce. It includes the Union Station Bus Terminal and will include a one-acre park as well. Some famous tenants of this complex are the Boston Consulting Group and Microsoft Canada.

Toronto is a hub of technology and the Regional Municipality of Waterloo is known asthe digital corridor. The region is experiencing major economic growth and the presence of 2 universities – Wilfrid Laurier University and the University of Waterloo are catalysts for innovation. The region also has a high concentration of tech companies and is also termed as Canada’s Silicon Valley. Big brands that operate here are Blackberry, Maplesoft, Manulife and Toyota. One can often see Toronto Limousine vehicles plying here, ferrying top bosses.

There are many business locations in Toronto and the around it because it has grown as an industrial and commercial hub. Some big names call it their home, especially big banks. They employ thousands of people and help the economy. The government in turn supports industry and both grow in a mutual relationship.