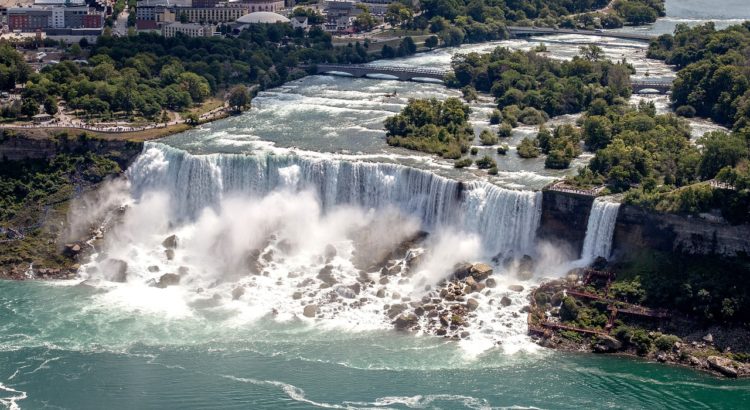 Niagara Falls is a famous landmark in North America. It is one of the largest falls and discharges a high volume of water. A large number of tourists visit the fall every year and season. It is a well-known romantic spot and you will see proposals and couples visiting. A lot of families also visit to see this wondrous fall. The falls has some interesting facts about it, one being that it spans the border between the USA and Canada. It lies between Ontario and New York. It is a group of three waterfalls and the largest – Horseshoe falls are in Canada. Here are some of the lesser known facts about Niagara Falls.

Niagara Falls is a major tourist attraction and is loved by many. The state park around it is also frequented by visitors from all over the world. Even locally, the citizens visit the falls and the state park for hiking and camping. Not many know the lesser known facts about Niagara Falls, but the falls is quite a spectacular destination.If one is visiting Ontario then they must see Niagara Falls and ride the Maid of the Mist boat. It takes you really close to the falls and you can also see a rainbow there.