10 Most Mysterious Places in the World 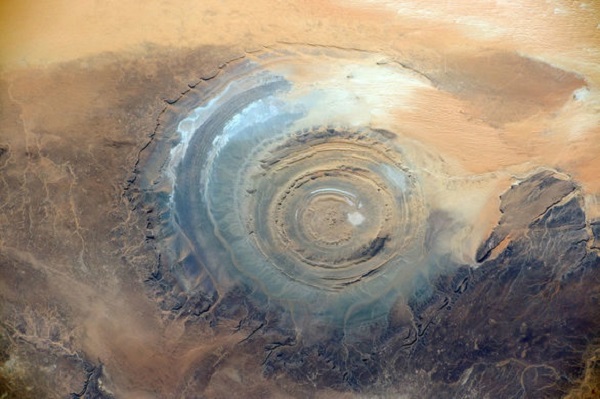 Love a good mystery? Those UFO stories excite you to dig more about them? The world has quite a few mysteries and mysterious events taking place to which there isn’t an explanation till date. Here is a list of 10 most mysterious places in the world to stoke your curiosity. Just outside Szczecin in Poland lies the crooked forest. It is a small clutch of 400 pine trees that features in our list of 10 most mysterious places in the world. It has puzzled many as the whole forest appears to be bend at an angle of ninety degrees at the lower trunk level. The trees then twist back again and grow vertically straight. There has been a lot of debate on how this came to be, and viewpoints range from lumberjack techniques to torrential snowstorms. But no concrete evidence has proved any of this. The Bermuda triangle is one of the most mysterious places in the world. Popularised by stories and movies, there have been tales of vanishing, planes, ships and humans in these waters for centuries. These few miles are also known as the Devil’s Triangle. Some say that tropical storms in this area cause crashes or the magnetic field here causes compasses to malfunction. But nothing as such has been found yet. Shale Creek in the Chestnut Ridge Park in the United States is home to a very strange phenomenon. The Eternal Flames Fall fuses two opposite elements in one place – fire and water. Technically they both cannot exist together at the same place, but here they do. The water from the falls comes down chiselled granite and then you can see the flames flickering behind the cracks in the granite. This flames never die out and scientist say that it is because of natural gas that keeps seeping from below the ground. Still it remains unsolved completely and is one of the best mysterious places in the world. This spinning and swirling pattern in the centre of the Sahara Desert has caught the eyes of many. The Richat Structure in Mauritania is a bizarre feature and you need to be in the air to see it. The perfect circular concentric rings on the desert floor are a mystery to the scientists. There are many rumours about this – caused by an asteroid impact, process of erosion and attrition or a mark by aliens as a landing point for future visits! Drawn over the dusty desert in Peru, the Nazca Lines still elicit wonder. It is one of the greatest places of mystery in the prehistoric remains in South America. You need to again go up in the air to see these geoglyphs that depict monkeys and spiders drawn with precision on the ground. No one knows why these were made by the Nazca although it is now a UNESCO World Heritage site. Conspiracy theorists favourite spot, Area 51 has been a centre of alien controversy for very long. A series called Roswell was also created, milking this obsession. This place has inspired many extra-terrestrial buffs and UFO hunters. Located in the middle of the Nevada desert, this site is a guarded area and a supposedly secret place. It is top secret as the US government develops spy and reconnaissance planes. However, the public thinks that they are hiding aliens here as there were reports of a UFO crash landing here. Lying in England, the Stonehenge has oozed magic and mystery for many years. This is estimated to have been created around 5000 years ago. The circular arrangement of megalith stones are made from bluestone which cis commonly found in an area that is 200 miles. There is a mystery as to how the Neolithic people managed to transport these large pieces without using any modern technology. Or maybe they did have advanced technology? The mystery continues. This desert in Colorado has reported multiple paranormal happenings. Bigfoot sightings and a flying humanoid are some of the things reported from this place. But the reason why this is one of the most bizarre places of mystery is the Great Sand Dunes. Geologists believe the sand has come from the Rio Grande riverbed. But the composition is so distinct that they cannot place the origins of it. This Mesoamerican city has structures that date back to 400 BCE and located in Mexico. To put this in perspective, the Aztecs found their cities in the 1400s and by then this city had been abandoned. They named it Teotihuacan – the place where Gods were created. Who built this complex city is one of the greatest mysteries of the world. There is nothing left behind to determine its origins, but the architectural structures point to Mixtec, Zapotec and Mayan influences. It is believed that people from different cultures came here due to a volcanic eruption and built the city. But this hasn’t been proven yet. Lying under the ocean near Japan’s island chain is Yonaguni. The waters near this place are known for hammerhead sharks but a discovery in 1987 has baffled scientists. Below the water lies the Yonaguni monument – a series of mud stone and sandstone structures that are connected to a rock. This appears to be too distinct to be the work of mother nature. Columns, pillars, roads and a start shaped platform could mean that humans built it, but there is no way to be 100% sure. Some believe it to be the lost city of Atlantis. This is undoubtedly one of the most mysterious places in the world.