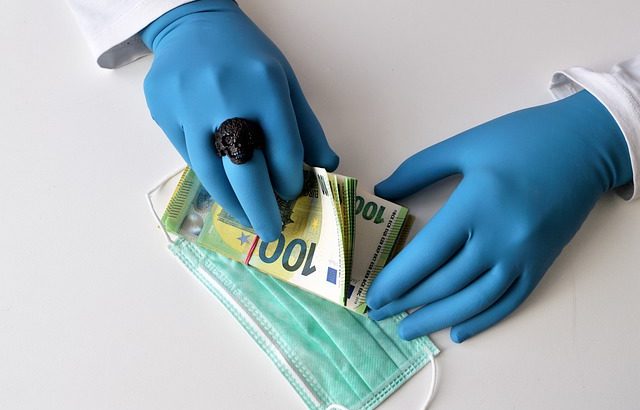 Money makes the world go around. While most of us would earn our share honestly, there are some who would go to any lengths to achieve what they want. Most of us have been stuck for over a year now and would like to travel to de-stress ourselves. When the world was grappling under the tremendous pressure of the Covid 19 pandemic, there were many who saw this as an opportunity to gain profit by using unethical and distasteful means. Here is a list of 10 scams during the Covid-19 pandemic that put humanity to shame.

1. Texts that leave you vexed!

A lot of scams and frauds that take place via text were prevalent before the pandemic. But now the emotional states of people have become more fragile due to the pandemic. Most people lose the ability to think critically under a tough situation and end up in a soup. The scammers took advantage of this situation and sent fake texts to people asking for their personal account details in order to receive tax benefits and refunds from the UK government. Many people fell prey to this text message and the scammers managed to steal a sum of 10000 pounds from several accounts in a matter of two days.

2. Love in times of Corona

Online dating scams are one of the most widespread scams during the Covid-19 pandemic. During the lockdown many people resorted to online dating apps to find ‘the one’ for them. The dating apps saw a surge in the number of users and the fraudsters saw an opportunity to profit from the emotional vulnerability of the people. The scammers created a fake profile to get romantically involved with potential victims over a period of 6-8 months. After building a deep emotional attachment they managed to get information regarding their economic resources and extort money. This scam has not only resulted in loss of money for the people involved but has also left them emotionally traumatized.

3. Vaccines delivered at your doorstep?

Vaccine fraud during the pandemic rose to an alarming level this year. Some sellers on darknet are selling coronavirus vaccines like Pfizer, Moderna and AstraZeneca for an average of $500. According to research conducted by cybersecurity units, these sellers are mostly located in Europe and America who are communicating with potential customers via encrypted chats and completing sales by accepting payments via cryptocurrency like bitcoin. However, what exactly is being delivered to the customers under the pretext of a “vaccine” is still unclear making this a major 2021 scam.

4. Thou shall pay to get tested

One of the worst scams during the covid-19 pandemic happened in the UK where fraudsters went door to door posing as WHO or local authorities forcing people to get tested for the virus and even pay for the same. The personal information collected was being used for identity thefts. The worst part regarding the scam was that not only were the test results fake but they also created an unnecessary fear among people who were already having a hard time due to the lock down. This scam was one of the most inhuman acts during the pandemic.

Since the pandemic made everyone extremely sensitive about their health, scammers found a creative way to cheat people by using health insurance as a medium. They convinced people to buy a fake health insurance scheme that would cover their medical expenses if they tested positive for the virus. They lured people by telling them that this is a limited period offer with extremely low premiums. A lot of people worldwide lost money in this scams most of whom have filed lawsuits against such frauds.

After the coronavirus started spreading its legs across the world, the demand for facemasks, sanitizers and personal protective equipment’s increased. Seeing the growing needs of the general public, the fraudsters started posting fake ads on the website for masks and sanitizers. Since a lot of people could not move out of their houses, especially the senior citizens, they shopped online to buy these pandemic essentials and lost their money by either receiving a fake product or nothing at all in return.

A number of products were launched in the market which claimed to cure coronavirus. Phony websites and social media platforms were full of advertisements for such products which involved teas, cannabinol, colloidal silver and essential oils which could cure you from the virus. These were one of the most common frauds during the pandemic that plagued almost every country. Thankfully, the FDA took notice of such fake products and issued warnings to their propagators.

8. Mattresses that could put you to sleep for good

A recent scam in India that was busted by some news reporters was that of a mattress manufacturing unit that was using used masks to stuff the mattresses. The unit was collecting used and discarded masks and using that as a stuffing instead of cotton. The racket was busted after the locals filed a complaint with the police and a probe was launched by them. The matter is being investigated further.

A man in China was arrested earlier this year for allegedly filling saline solution and mineral water in syringes and shipping them abroad as vaccines for coronavirus. The man who goes by the name of Kong copied the package designs of real vaccines, stuck them on syringes filled with mineral water and sold them to make a profit of 2.8 million dollars.

10. Does your PPE really protect you?

As the virus continues to have a devastating effect on the people and healthcare system, the demand for PPE’s have increased steadily. This has given rise to the PPE fraud where scammers are claiming to sell PPE which include gloves, face shield and surgical gowns and making false statements regarding their effectiveness. These PPE’s are not government approved and are ineffective against the virus. However, the dire need of them is forcing the panicking people to buy anything that says will offer protection. The governments of many countries have launched a probe into this matter to nab the fake sellers of PPE.

A number of scams during the Covid-19 pandemic have surfaced which are taking advantage of the fear being propagated by the virus. The concerned authorities are doing their best to uncover such rackets. Until then, stay alert and vigilant.