10 Biggest Disasters in the Ocean that made History 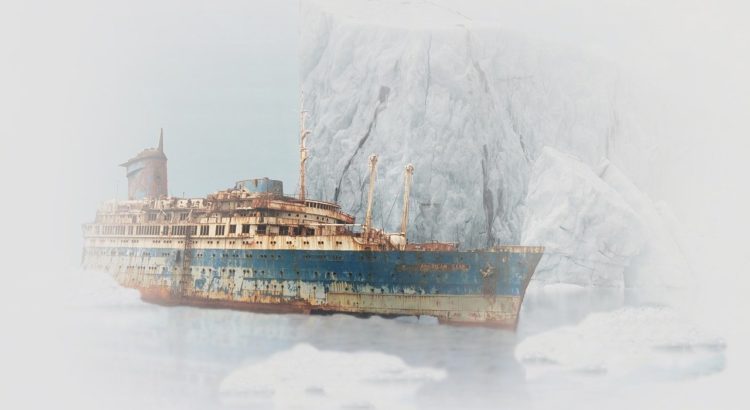 The ocean waters of our planet earth contain a different world within them. A world which is not just exotic but also mysterious and unexplored. A lot of ocean phenomena remain poorly understood to this date. Hence, while traversing through the dangerous waters of the huge oceans many ships and people have encountered storms and cyclones which have wreaked havoc and resulted in disasters. These disasters are not just limited to the ocean bodies but also the coastal areas which are the first to bear the brunt of certain disastrous ocean phenomena. Let’s have a look at some of the biggest disasters in the ocean that the world has witnessed in the past.

We all know about the Titanic ship, which was the biggest ship of its time and was deemed to be unsinkable. It was a cruise ship built in Ireland which sank in its maiden voyage from Southampton to New York across the North Atlantic Ocean. On the night of April 14th, 1912 the Titanic hit an iceberg while sailing which ruptured the hull and resulted in the disaster. On that fateful night the ship was carrying around 2400 passengers out of which 1500 people lost their lives in what is considered to be one of the most tragic accidents in the ocean. The rapidly sinking ship with help very far away and mismanagement of the evacuation using lifeboats, the mighty Titanic sank with at least a few thousand people still on board.

The Boxing Day Tsunami is the worst tsunami of the recent past which was caused due to a major earthquake in the Indian Ocean. This earthquake measuring 9.1 in magnitude caused a massive tidal wave that washed on the shores of 14 countries destroying everything in its way. It occurred on the morning of 26th December, 2004 when people were just wrapping up their Christmas celebrations. One of the most horrific ocean accidents, the Boxing Day Tsunami claimed 230000 lives across many South Asian Countries apart from a major loss of livelihood and business.

The Fukushima nuclear disaster of the recent past occurred due to a tsunami along the coast of Japan. In March 2011, an earthquake off the coast of Japan generated a 14m high tsunami wave travelling at the speed of 800km per hour. The waves swept over the Fukushima Daiichi Nuclear Power Plant located near the sea and flooded the lower parts of the nuclear reactor causing the failure of power generators. This in turn caused a nuclear meltdown and hydrogen explosions which released radioactive substances claiming the lives of 18000 people. Around 452000 people had to be evacuated and relocated to avoid the ill effects of radiation.

Regarded as one of the biggest disasters in the ocean, the SS Sultana explosion was clearly a result of negligence and greed. Due to neglect of the safety of the onboard passengers, the SS Sultana was carrying soldiers who survived the American Civil War despite having a damaged boiler. Sailing with excess people beyond its capacity and a leaky boiler, the SS Sultana exploded on the Mississippi River on April 27, 1865 taking the lives of more than 1800 people.

The MV Le Joola was a Senegalese ferry that was sailing from Ziguinchor to Senegalese when it encountered an ocean storm and capsized. It is thought to be one of the most tragic accidents in the sea in maritime history. It was carrying around 2000 people which was beyond its capacity when it was hit by a deadly storm off the coast of Gambia. The ship was wrecked within minutes and the rescue operations could only pull out 64 survivors.

On December 20, 1987 a passenger ship Dona Paz collided with a cargo ship MT Vector which was an oil tanker. In the need to reach its destination before Christmas, the Dona Paz was carrying around 4300 passengers apart from the crew members and sailing along the coast of Philippines. Due to lack of a working radio and poor navigation the two ships collided with each other and ignited the barrels of oil and gasoline in the MT Vector causing the ships to catch fire. Only 26 people survived this deadly ocean accident.

K 141 Kursk was a nuclear powered guided missile submarine. It was a huge 16000 tonne submarine carrying 118 crew members which exploded on August 12, 2000 causing a big time loss in the sea. The torpedoes which were to be released the submarine was powerful but designed to run on the volatile hydrogen peroxide fuel which requires careful handling. The inability of the crew members to handle such a powerful missile caused the explosion and claimed their lives.

The German hospital ship MV Wilhelm Gustloff was used to evacuate German refugees during the World War 2. On the fateful day of its tragic ocean accident it was carrying an estimated 10582 passengers when a Soviet submarine spotted it and fired four torpedoes into the ship. The people trampled each other in a rush to reach a lifeboat and those who couldn’t make it died instantly due to hypothermia resulting from the icy waters of the Baltic Sea. Around 9400 people died in this accident making it the worst disaster in the ocean.

One of the worst tragic accidents in the sea occurred near the Halifax Harbor when French cargo ship carrying ammunition collided with the Norwegian Steam ship on December 6, 1917. It caused an explosion which was so enormous that it killed 2000 people, injured 9000 more and caused severe destruction in the port city of Halifax, Canada.

The Komsomolets was a high performance submarine having a nuclear reactor built by the Soviet Union which caught fire on April 7, 1989. A chain of events triggered by the fire caused the submarine to sink killing 42 of the 69 crew members on it. The nuclear remains of this submarine are present under the waters of the Barents Sea.