10 Biggest Mysteries of the world that are still unsolved 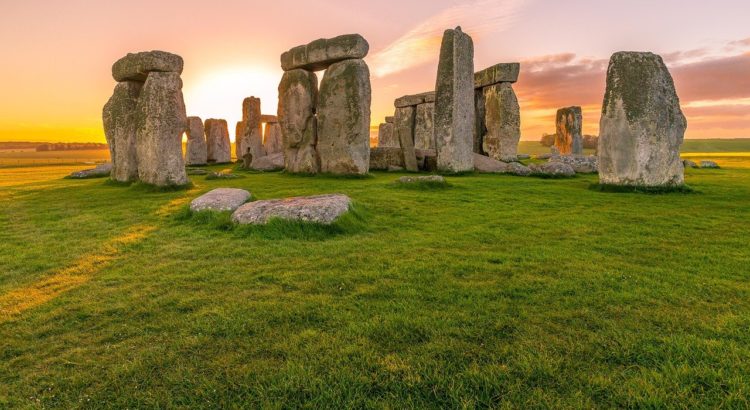 Curiosity is something that we humans are born with and it is one of the major factors which have aided our development. Asking questions and solving puzzles is something that we find interesting and one that comes naturally to us. However, there some instances and occurrences that have taken place in different parts of the world, which has left us baffled. In spite of continuous reasoning and research, the causes behind these mysteries have not been identified. Here are some of the biggest mysteries of the world that still need to be solved.

An American merchant ship was found adrift and abandoned in the Atlantic Ocean four hundred miles east of the Azores Islands in December 1872. When the ship was found, it was in good condition under partial sail with all its cargo intact. The strange part is that all crew members of the ship were missing along with one lifeboat. They had deserted the ship in the lifeboat but were never heard of since then. So the real reason as to why they abandoned the ship when it was in perfect condition and with no evidence of any attack will always remain a question.

We have all known the Yeti as a snowman that lives in the remote snow covered mountains. While most people believe it is a mythical creature, a few reports and photographs of large hairy creatures and their footprints on snowy lands have left the cryptozoologists baffled. The scientists who have studied these reports claim that the Yeti may be an ancient relative of humans who have been thriving in isolation under extreme weather conditions. But how much of this is true is not known and the Yeti remains one of the biggest unsolved mysteries of the world.

In March 2014, a plane carrying passengers from Kuala Lumpur to Beijing disappeared from the radar without any explanation while it was crossing the Indian Ocean. Rescue operations that were conducted to find the remains of the MH370 plane were inconclusive with no remnants being found belonging to the plane or passengers. How the plane along with its passengers vanished without trace remains one of the most intriguing yet unsolved cases till date.

The Bermuda Triangle is an area of the Atlantic Ocean bordered by Florida and the Bermuda Islands. Many ships and planes have been reportedly missing while they were crossing this area. Although many theories have tried explaining phenomenon such as methane eruptions and magnetic forces to be responsible for the disappearances, but none of them are concrete. Ocean storms and strong currents are also believed to be the reason but have not been proved till date. So how around 50 ships and 20 planes disappeared from this area is still one of the biggest mysteries of the world.

One of the most perplexing aviation stories is that of Amelia Earhart. She disappeared in July 1937 while undertaking the longest journey across the Pacific Ocean. Efforts to search for her or the remains of her aircraft were undertaken but were unsuccessful. Many believe that Earhart and her navigator may have run out of fuel for their aircraft and may have crashed on a remote island or the aircraft must have sunk into the ocean killing both Earhart and her navigator. But what exactly happened to them will always remain an untold story.

The Loch Ness monster is a mythical created that allegedly inhabits Loch Ness in the Scottish Highlands. Although most scientists disregard its existence, the ancient scriptures and pictures confirm the presence of this pre historic water creature. In the 1930’s an English Physician had captured a photo of the water creature where a part of its head an tails were visible above the water, but no credible evidence of this creature was found by the experts. Many people believe that the creature in the photograph may have been a marine reptile, but these speculations were never confirmed.

The Lost colony of Roanoke

The island of Roanoke is situated off the coast of North Carolina and was inhabited by the English people in 1585. When the governor of this settlement, who went by the name of John White, sailed and returned from England bringing supplies he found the whole island deserted. The colony has disappeared while he was away and nothing was left except a strange word “croatoan” which was carved on a post. What happened to that colony remains one of the biggest mysteries of the world.

This prehistoric monument located in southern England dates back to the Neolithic Age. It consists of huge rocks placed in a circular fashion and is a UNESCO World Heritage Site. The archaeologists remain puzzled till date as to how the ancient people were able to lift such heavy stones to place in a particular fashion. Also the purpose for which it was built is still a question that has not been answered.

In 1880’s a few murders were reported from the impoverished areas in London where the killer had mutilated the bodies of the prostitutes. The murders that took place mostly targeted women and many people were arrested in connection to these murders but none of them were proven guilty. Who committed this crime has still not been identified and remains unsolved to this date.

In December 2020, the 3 m tall metal pillar was discovered in the red sandstone canyon of Utah. According to experts, this metal pillar was unlawfully placed on public land in the year 2016 and went unnoticed for 4 years. It had now been removed from that area but the origin, makers and the reason for it have not been identified till now.