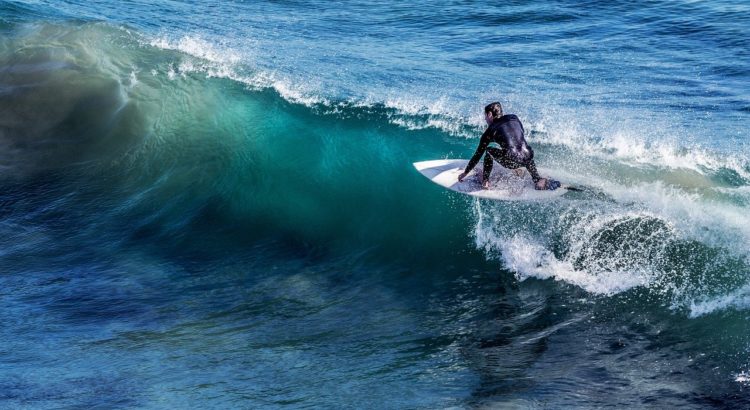 When ocean waves come close to the shore they break and get a bubbly, foamy surface known as surf. From this surf, comes surfing, a sport that involves riding the waves in an almost standing position. Surfers navigate the waters, parallel to the beach. The wave takes the surfer closer to the shore when he gets off and dives into the water with his surfing board to go further back and then ride a wave again. It is an adrenalin filled activity and most who enjoy this aren’t afraid of the water. Canada has the longest coastline in the world and is home to multiple beaches allowing visitors to enjoy summers in Canada. Surfing in Canada has been practiced on the east and west coasts and sometimes tidal bores in rivers also make good surfing areas. From the ocean to the rivers and lakes, here are some of the best surfing destinations in Canada.

British Columbia has some of the greatest surfing destinations and Tofino is one such place where you will find a lot of surfers. It is named as the surf capital of Canada too. Long Beach in Tofino along with Cox Bay Beach and Chesterman Beach are excellent surfing destinations. Chesterman is a long sandy beach that is sheltered as well. It is a popular option for beginners and lessons too. Cox Bay Beach is the main turf spot and has some of the best breaks in Canada. It is crowded with surfers and often hosts National and International competitions.

This one is smaller than some other beaches, but draws crowds because it has consistent waves and challenging surf breaks. Tofino has an interesting surf community and they have places for renting surf gloves, surfboards and boots. Tofino holds camps and schools too for surfing. Apart from Tofino, another spot that is great for surfing in Canada, to ride the frosty waves is – Haida Gwaii. The beautiful island isn’t easily accessible but has numerous surfing spots. North Beach, East Beach and Rennell Sound are good options if you prefer isolation or less crowd.

Sandbanks on Lake Ontario and Kincardine Station Beach on Lake Huron in the Great Lakes area are some of the best surfing destinations. The waves at Lake Huron can be very challenging for some surfers and adventure seekers. The area has a lot of facilities such as hot showers, washrooms and parking which is convenient if you surf during cold weather. Lake Ontario can produce impressive waves when the wind is above 30 knots. It has fast sections and is recommended for experienced surfers. One can see surfers on their boards, riding the waves fearlessly. But for those who don’t want to wait for waves, they can try the electric surfboard and move around in the water for fun.

The Nova Scotia region has so many surfing beaches, that one will be spoilt for choice. Summerville, White Point, Western Head, Point Michaud, Osborne, Lawrencetown and Martinique are some of the excellent surfing destinations in Canada. A beach break near the mouth of a river, Summerville is in Halifax. The best time to surf on this sandy white beach is between August and November. White Point has multiple peaks and has the busiest surf breaks. Further south from White Point is another beach – Western Head, with a reef break too. Located on the east side of Halifax lies the Lawrencetown beach. It has several peaks and strong rip currents. It is in a provincial park and the beach is supervised by a lifeguard. It becomes a surfer’s hub at night and you will find an interesting mix of people.

If you are wondering where to surf in a landlocked Alberta, then the answer is in a river. River surfing is also a sport and one can find year long waves in the Bow River. The Kananaskis River is also a cool place for surfing. It lies on the foothills of the Canadian Rockies and there are three spots to catch waves. The Green Tongue is a good spot for beginners and lies close to campgrounds, making it easily accessible.

These are some of the best surfing destinations in Canada and if the cold waves don’t deter you, you can really enjoy this sport. But no matter the season, some surfers will get wetsuits for the frosty waves and still conquer them.